Some photos from yesterday’s happenings on Avenue Bourguiba in downtown Tunis in commemoration of the one year anniversary since Ben Ali’s departure. Reports say that up to 20,000 people took to downtown Tunis, many to celebrate, many to demonstrate that the revolution is not yet over. Ennahdha supporters were well numbered, as were Salafi groups, waiving their typical black and white flags, as well as communists and union members. I heard protesters chanting for all sorts of causes – for the return of the caliphate, for human rights, and for Bashar Assad’s degagement. 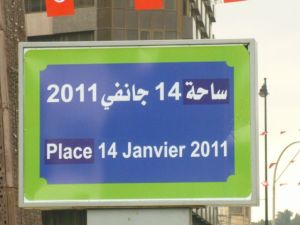 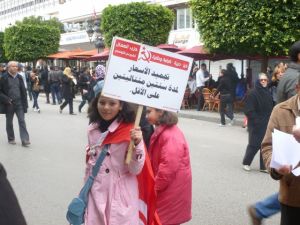 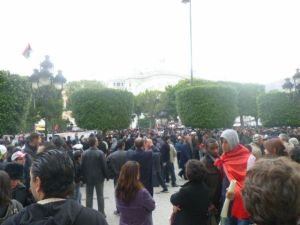 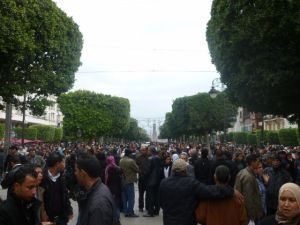 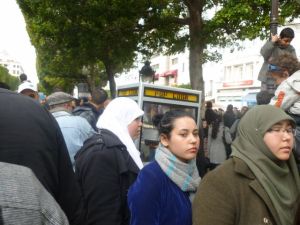 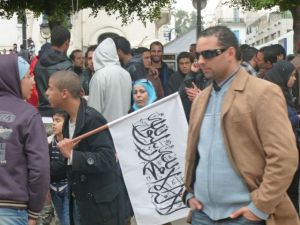 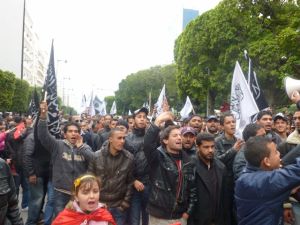 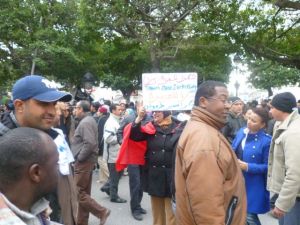 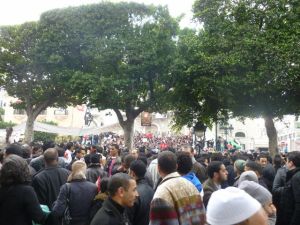